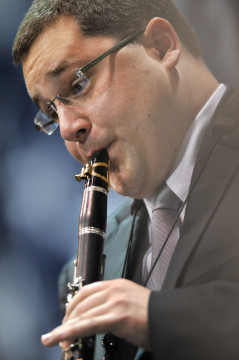 Timothy Phillips is Professor of Clarinet at the John M. Long School of Music at Troy University in Troy, Alabama. Since joining the Troy University faculty in 2006, he founded Troy University Clarinet Day, which brings high school, college, and professional clarinetists together each spring at the John M. Long School of Music for performances and master classes. Timothy is also creator and host of a weekly program on Troy Public Radio WTSU called “Clarinet Corner,” and a Buffet Crampon, BG, and Vandoren Performing Artist. His teaching is featured on the PlayWind “app” developed by Buffet Crampon.

Timothy has served as President of the Higher Education Division of the Alabama Music Educators Association and he has performed at previous AMEA Conferences. He has served as Social Media Editor of the International Clarinet Association and has performed at numerous ICA ClarinetFest® conferences including those in: Lawrence, KS (2016), Baton Rouge, LA (2014), Assisi, Italy (2013), Los Angeles, CA (2011), Austin, TX, (2010), and Kansas City, MO (2008). He presented his paper, “The Longing Voice: Schubert’s Der Hirt auf dem Felsen” at ClarinetFest® 2004 in College Park, Maryland. He also performed at the National Association of College Wind and Percussion Instructors National Conference in Gainesville, Florida in 2011 and the College Music Society National Conference in Atlanta, Georgia in 2008.

In 2013, 2011, and 2009, Timothy performed and taught at Clarimania, a bi-annual event held at the Karol Lipinski Academy of Music in Wrocław, Poland. In 2013, he taught master classes at the Prague Conservatory of Music, the Prague Academy of Music, and the Royal Northern College of Music. He also performed recitals of “American Music for Clarinet and Marimba” with his colleague T. Adam Blackstock on this tour. In 2010, Timothy served on the jury for the International Woodwind Instruments Clarinet Competition in Warsaw, Poland with clarinetists Florent Héau, Ludmila Peterkova, and Nicolas Fargeix. Timothy has also served as a judge for the International Clarinet Association High School Competitions in 2017, 2016, and 2015, the Young Artists Woodwind Competition for the Mississippi chapter of the Music Teachers National Association in 2015, the University of Oklahoma Clarinet Symposium Young Artists Competition in 2010, and the Northwest Florida Symphony Orchestra Guild Concerto Competition in 2008 and 2006. 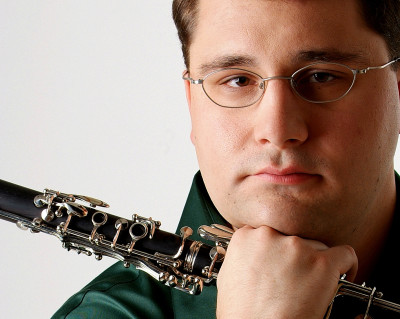